..this is the second floor of Balay Negrense.. the weather’s wonderful so the contrasting colors of sky blue and brown did wonders for the photo =)

still the outside view.. there were many people going inside the museum.. some may have been tourists who came for the Masskara Festival at Bacolod City.. so while waiting, just spent some frames taking pics of the outside =)

..here’s a little info about the place posted at the right side of the wall facing the entrance of the museum..

..here’s my last shot of the outside before entering the museum.. can’t get enough of the beautiful sky..

..the first room where the tour guide entered was full of the family’s background and bloodline.. these are some of the photos found inside..

..this is a portrait of the couple who used to own the house.. 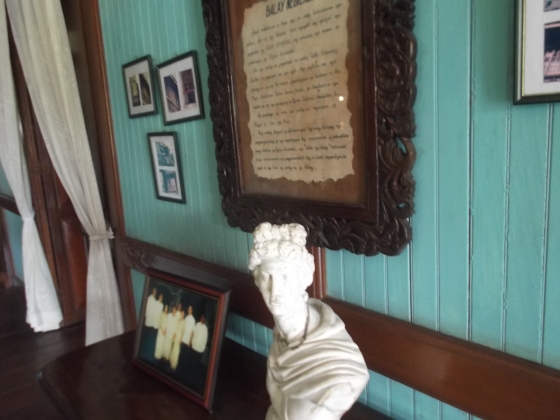 ..these pictures are more modern.. still showing the faces of the family members..

..upon arriving at the staircase, my eyes got fixed on these beams at the bottom of the staircase which i think are made of solid wood..this specific staircase was numbered so as to land at oro (gold) upon reaching the top step.. oro, plata, mata was like the basis of luck at that time.. having to land at oro  was for the purpose of good luck..

..this part of the house, i find creepy.. but i don’t think it is really.. the basement was mainly built for the purpose of maintaining the condition of the wood used in the house. the basement was quite big enough for people to stay under there but would have to keep your head down low so as not to bump with the supports of the floor..

..owned by the family Gaston, this motorbike was made by a foreign company at that time specializing in bikes but now focuses on making rifles and guns.

..one of the many pianos found in the museum.. because of antiquity, some things were forbidden to be touched..

..just a statuette found on one of the center tables of the house.. 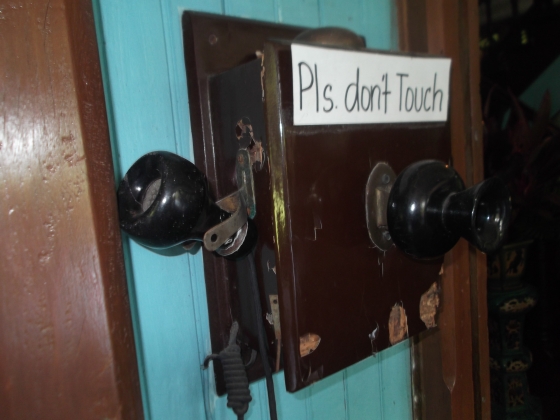 ..an old design of a telephone.. would’ve been captured better without the “Pls. don’t Touch” sign hehe..

.. a portrait found in the middle of the staircases.. aside from the one at the very bottom, the staircase, after a landing, was divided into two.. one for the girls and one for the boys.. the little space in front of the wall where the portrait was hung, is where the man in the portrait always stands to oversee the people going up the stairs.. this made me feel quite freaked out.. good thing we entered there in broad daylight.. hehe

..an old and most probably antique wall clock hanging on one of the walls.. wouldn’t want to hear it chime especially when it’s broken! hehe =) 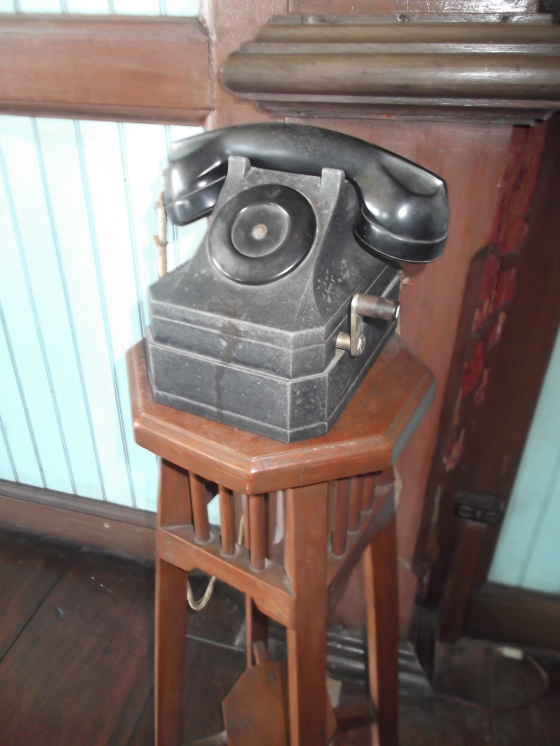 ..here’s another old design of a telephone.. not so sure how they dial the numbers..

..one of the rooms with old things like the typewriters at the table.. some shoes, a bed, and a rocking chair..

..just to give some peeks at how the rooms inside the museum look like..

..another rocking chair with a different color..

..another bedroom found inside..

..now this room gives most of us the creeps just because it has some similarities with the film “conjuring”.. this room contains some doll collections..

..and here’s some (creepy) doll collections donated to the museum.. don’t really want to stare at them that long.. =P 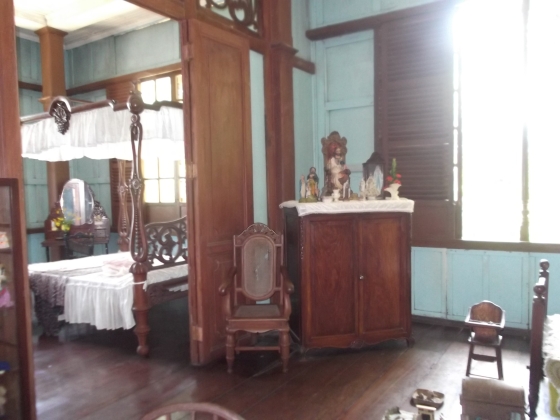 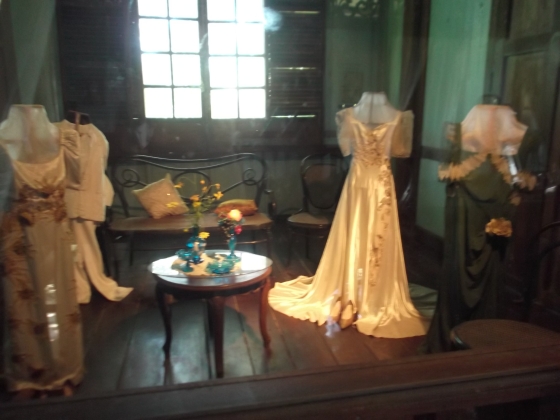 ..this room contains some of the clothing collections the museum has.. however, these clothes are not really owned by the family.. again they are donations.. this room has a different theme for some duration..

..this is the dining area of the family.. it can be seen that there are two tables at the opposite ends of the long table.. these serve for the kids who are not allowed to hear the conversation of adults.. still the boys and girls are separated.. 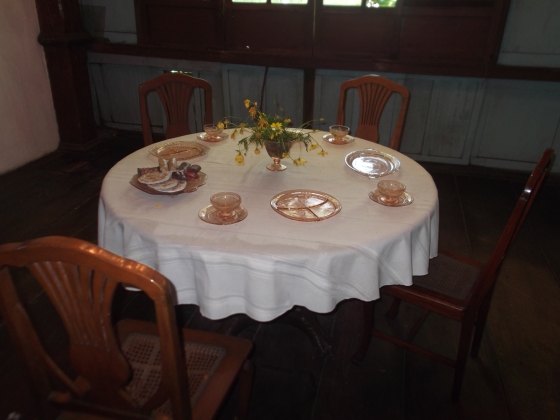 ..this is one of the tables for the kids..

..these three things have different uses.. the first one was used as a clothes iron.. they just press it on their clothings to get rid of the wrinkles.. the second one was used when washing clothes. the third one must’ve served the same..

..no helper should pass the dining area so this square opening was made outside the kitchen area of the second floor of the house for the helpers to get in and out of the area.. it’s already closed now but it used to be the entrance and exit of the helpers.. only female helpers are allowed to use this though.. 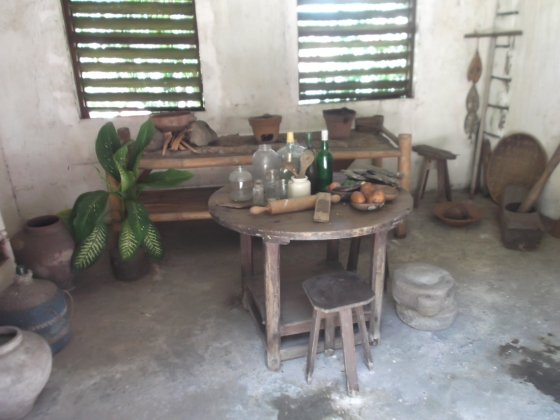 ..one of the features of their dirty kitchen outside..

..a look at their pantry.. the white bottles at the back are beer bottles..

..this may not have been what this part really looked like in the past since i find it quite modernized.. however, as we were looking at it, the tour guide popped a trivia. he said that the status of the people back then have something to do with ice.. since there were no fridge at that time, the ice used by the family was imported from Europe.. So if someone has ice, then they’re on the upper part of the society..

..some of the things used in making chocolate drinks.. there are two types at that time depending on your visitors.. if you like the visitors and they are from the higher part of the society, they serve chocolate-eh. if the visitors are the opposite, chocolate-ah is served.

..the table found at the other end of the long table..

..these are some of the continuous wire art found in one part of the museum near the souvenir shop.. the name suggests that one long wire is used in making the artworks..

..just some curios I found outside the souvenir shop..