This is the vehicle we boarded. It took us more than an hour to reach our destination; Siquijor! There are other sea vehicles used to get to Siquijor, however, we happen to board this one. I got a little dizzy while on board because of the rocking motion caused by waves slapping the boat. Some water sometimes get inside the vehicle as well. Thrilling boat ride but the views that followed drowned out the chills.

And…tada!! We arrived in Siquijor! My hair’s kinda messy because of the wind hehe. Plus, when I’m not feeling very good while traveling, I don’t usually fix myself up until I feel a little better. =P

One of the bus that took us to our various destinations around Siquijor. There are two, the one at the back and the one I’m standing in. This one’s simple yet still functional. 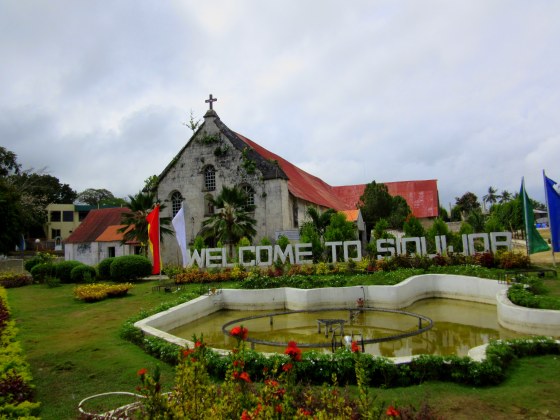 Welcome to Siquijor! We didn’t really travel far from the port to see this, it was just outside the gate hehe. This is the St. Francis of Assisi Church built from 1795-1831. The structure was designed this way to serve as somewhat like a headquarters of the people fighting off the pirates. 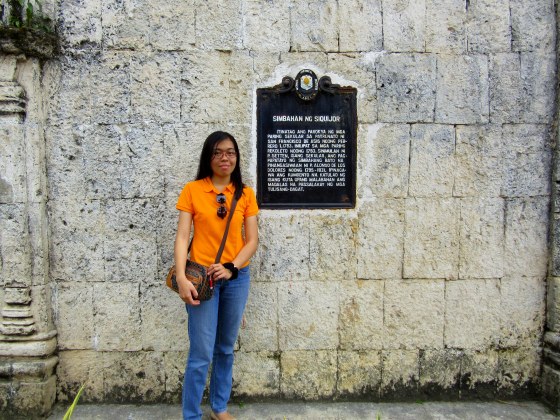 Here’s the bit of information about the church. If you have a tour guide, they can tell you a whole lot more while taking in the feel of the church. The church is built using stones and it’s very simple. The outside shows simplicity and reflects the age of the church. The inside however, reflects the changes the church had undergone through the years. Personally, I think the changes made inside the church decreases the authenticity of the place. St. Francis of Assisi was one of the saints that exudes simplicity and I think the church was appropriately named. This also made us appreciate the bus we rode on. =)

As I was working with the pictures, I tried to recreate the feel of what it must have been years ago. So, here’s the result. With the change of colors, the picture looked relatively old. But with me on it, (with my shades on) I guess I made it look younger?? haha =P

The bell tower of the church. We would have gotten closer and have better pictures, however, it was already raining and we were like running around the place hehe. This was like a shotgun picture. The watch tower also served as the lookout point for pirates.